In 1992, Manitoba’s very first scrap tire program UTMP (Used Tire Management Program) was launched and hence Reliable Tire Recycling was born. In those days, having been years and years of dumping tires in the landfill, Reliable’s initial role was that of a collector who cleaned up the many stockpiles of tires across the Province, shipping tires for processing to the United States as there was not enough recycling capacity at the time in Manitoba.

Shortly, thereafter, RTR bought its 50,000 sq ft, 6 acre site located at 1450 Dublin Avenue, as well as it’s very first tire shredder and began making tire derived aggregate(TDA) for civil engineering projects, which is still used today. Additionally, RTR manufactured blast mats which continue to be used in blasting operations around the world. In 2007, Reliable purchased Tire Recycling Corporation of North America, a complementary processor who had existed prior to the launch of UTMP, and which was a crumbing & molding operation based in Winkler, Manitoba and renamed it Winkler Rubber. In 2010, the crumbing operations were moved to our facility in Winnipeg, and a year later in 2011, the molding operations were moved here as well.

We are very proud to have been in business for more than a quarter of a century, and particularly of the role we have played in pioneering the industry.

WOW Rubber represents the products that we manufacture, all made entirely from Manitoba scrap tires, including a multitude of molded rubber products, including stepping stones, sidewalk blocks, rain splash pads, rubber mulch,, a wide array of rubber matting for all applications, products for the traffic safety industry and much, much more. 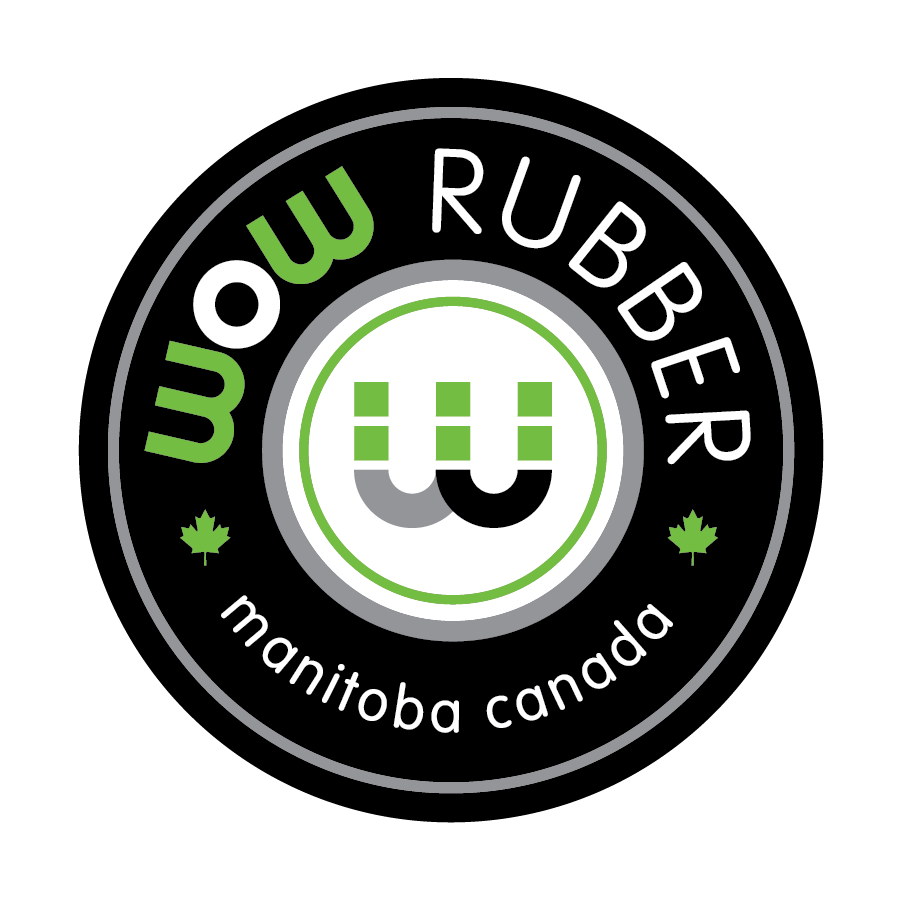